Make your Gender Reveal the greatest ever with SKY-ADS

First we are proud to announce a world first; our custom pair of Gender Reveal Billboards – 15 feet high and 60 feet long – Pink or Blue
These look incredible flying past with our cute stork delivering the vital News of what she is delivering 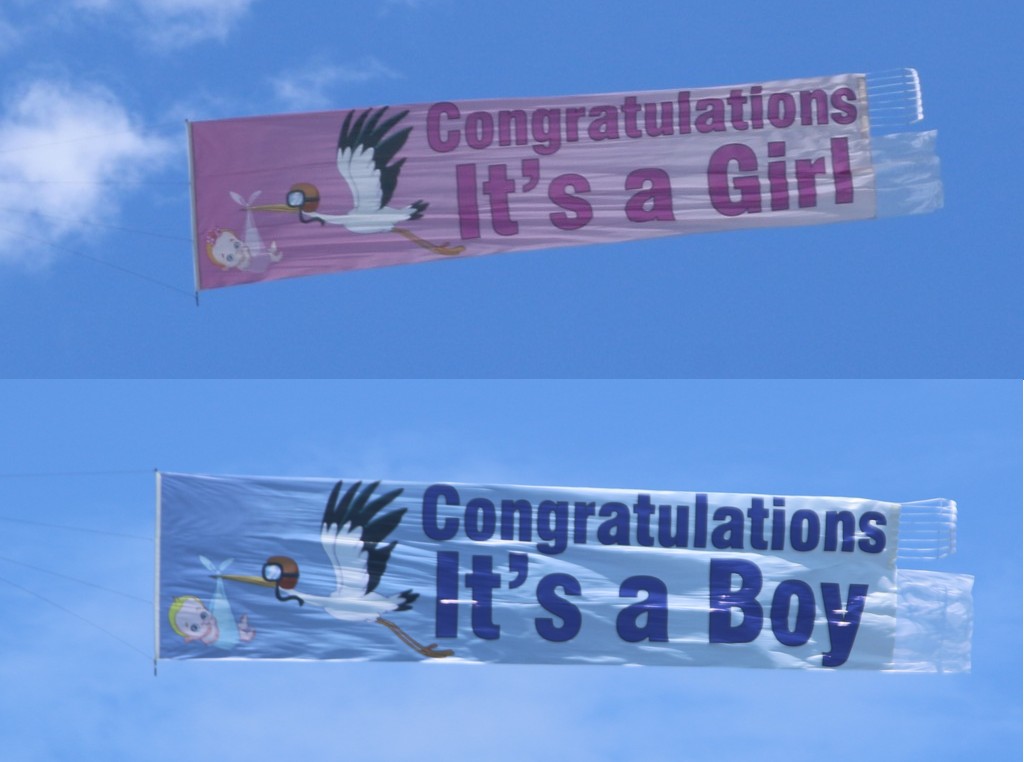 What do I have to do to organise a Gender Reveal Party?

You organise your friends and we will circle around your party with the big news. Either with coloured aerial smoke bombs, a Banner or Both – the choice is yours.
SKY-ADS flying past revealing the Gender is a great idea and will guarantee your Gender Reveal Party will be the most memorable ever!

What if I want the Gender Reveal to be a complete surprise?

If you wish, we can act as your Gender Guardian for you. All you have to do is ask your Ultrasound provider to email us the big news and will keep the secret safe.
No prodding from the curious – It is a genuine surprise only revealed upon the arrival of the sky messenger.
We love receiving the little emails from Ultrasound provider and we get straight onto making the correct Banner, Smoke Colour Bomb or Both
Or if you already have a Gender Guardian appointed, we will liaise directly with your Gender Keeper to make the appropriate arrangements.
So the news we deliver at your Party will be a complete surprise for everyone, including you…
But when we fly past with a banner and maybe drop a aerial smoke bomb; the gender will be known by all. 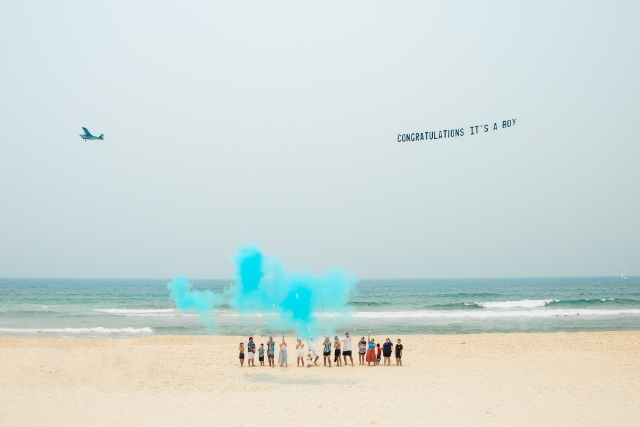 For a complete effect why not add some ground cannons?

As the couple in the picture above has done, we advised them by text just as we were approaching, they released their Gender Reveal Cannons (which we can supply) just as our aircraft flew by with the special message behind.

Where is the best locations on the Gold Coast for a Gender Reveal Party?

We do everything for your Gender Reveal for you
All you have to do is select your gender reveal party location and gather your family and friends to share the special news.
We can even help you decide on a perfect location. We have had years of helping couples propose marriage, so we know all the best spots.
Best of all these spots work great for a Gender Reveal Party.

Use the arrows to scroll through our favorite locations which work well for a Gender Reveal  Party as they have for our clients who propose marriage and they will work great for your Gender Reveal.

How do we know when you are arriving?

We normally arrive plus or minus 10 minutes of the time you nominate. As you can see we can send and receive text messages for a more accurate ETA. 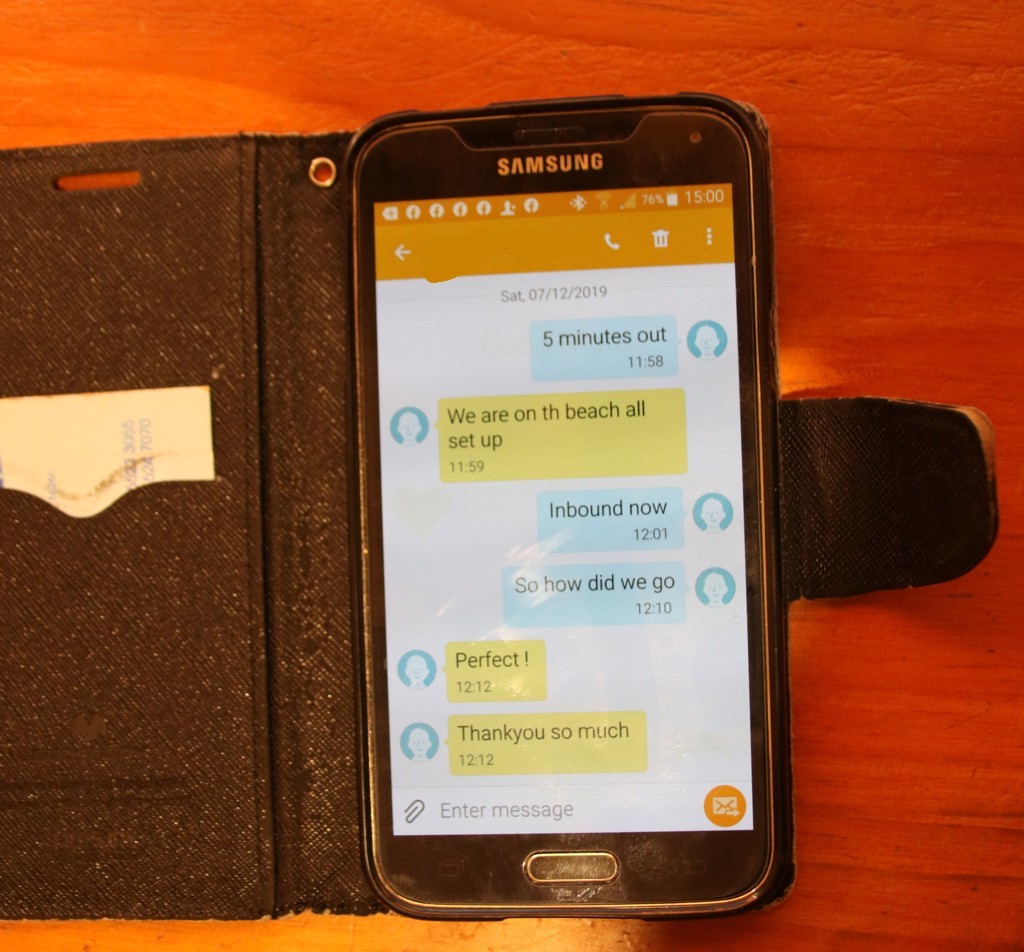 What is a Gender Reveal Party?

From Wikipedia, the free encyclopedia

The gender reveal party can be seen as an analog of the baby shower.

A gender reveal party is a celebration during which parents, friends and family find out the sex of a baby. This has become possible with the increasing accuracy of various technologies of determining the baby’s sex before birth. It is a relatively new phenomenon[1] and distinct from a baby shower, which is a gift-giving ceremony.

Parties are typically held near the middle of the pregnancy.[2] Often, it employs the trope of pink (denoting a female) or blue (denoting a male), perhaps hidden inside a cake or piñata. When the cake is cut or the piñata is opened, the color popularly associated with the baby’s sex is revealed.

Maybe drop a Pink or Blue Smoke Bomb from their aircraft.